African countries restrict entry of US, China and European travelers to protect it’s citizens from Coronavirus 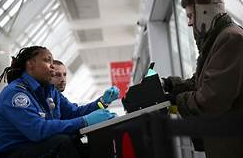 AS THE novel coronavirus rages through the world and spreads rapidly in the U.S., Africa is the least-affected continent at the moment, with less than 300 reported cases in roughly half of its 54 countries so far. A number of media outlets have reacted with a confounded tone, surprised that Africa does not have more cases and wondering if the low numbers are due to a lack of testing.

Health officials say that the main reason the continent has thus far been spared major outbreaks is due to the infrastructure set up during the Ebola epidemic that is still in place, as well as lower overall international air travel rates. At the same time, they acknowledge that the picture is not all sunny — the virus in some countries is likely spreading unchecked. But in Nigeria, the continent’s largest country by population, investments in lab capacity and coordination with the World Health Organization for testing have paid dividends. “Over the last three years, we have strengthened capacity at our National Reference Laboratory to provide molecular diagnosis for all epidemic prone diseases and highly infectious pathogens,” Chikwe Ihekweazu, director of Nigeria’s Center for Disease Control, told The Conversation. The pandemic is exposing major flaws in higher-income countries’ health systems and turning the tables on decades of travel restrictions targeting Africans. When West Africa suffered from the Ebola crisis from 2014 to 2016, the region was often painted as a weak link in the global health system, and many airlines cut flights to Guinea, Liberia, and Sierra Leone. Four years later, Africa is at risk of contamination primarily from Europe, China, and the U.S. Besides Egypt, nearly all the continent’s confirmed cases have come from travelers from European or East Asian countries, though that looks likely to change soon as cases rise rapidly across the continent and community transmission becomes more likely…….to read more, click here