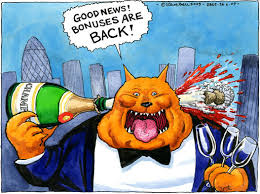 People are ditching cable at record speed, so of course AT&T is hiking prices

2017 has been a standout year for cord-cutting. In July, August, and September, cord-cutters set a new record for ditching traditional pay-TV, with an estimated 1.2 million people ditching their cable or satellite subscription in those three months alone.

So how is AT&T, one of the biggest providers of cable and owner of satellite service DirecTV, going to deal with this existential threat? By raising prices, of course.

TV Predictions spotted a series of upcoming changes to DirecTV pricing that will take effect in the new year. Depending on what package DirecTV subscribers have, the price increase on the plan will be anywhere from $2 to $8. Some areas are also getting a hike of up to $1 on the “Regional Sports Fee,” a neat way of charging customers twice for the content they’re paying for.

“Due to higher costs of programming, the monthly rate for the below services will increase on January 21, 2018, and the changes will appear in billing statements starting on that date,” AT&T reportedly said in a statement.

Price increases likely won’t be limited to DirecTV’s satellite brand, either. AT&T CFO John Stephens hinted to analysts last month that the company may increase prices on DirecTV Now next year, thanks to a planned update to the service that should roll out in early 2018. Price increases are likely to come alongside new features like DVR and pay-per-view events. Unfortunately, DirecTV Now competitors like Sling and YouTube TV already offer those features, and it’s unclear that AT&T will be able to increase revenue just by adding common features. The reality of a competitive streaming TV market is very different to the locked-in cable and pay TV markets that AT&T’s used to playing in.