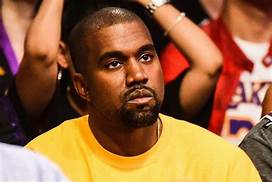 By Richard B. Muhammad -Final Call

Black Twitter was ablaze and much of Black America was enraged after a meeting between Kanye West and President Donald Trump in the Oval Office with critics blasting Yeezy as everything from a victim of bi-polar disease to a sell-out.

But there is more to the Oct. 10 encounter between a president largely reviled by Blacks and the outspoken rapper who said on live tv, “George Bush doesn’t care about Black people,” over the disastrous federal failure in New Orleans during Hurricane Katrina.

The Honorable Minister Louis Farrakhan touched on one of these points Oct. 14 during a major address in Detroit to mark the 23rd anniversary of the Million Man March and Holy Day of Atonement. “Let me talk about Kanye. I’m not one of these beat-a-man-down kinds of guy. I happen to love Kanye,” said Min. Farrakhan. “Kanye talked about the 13th Amendment and he was telling Mr. Trump that you don’t build something that is supposed to be firm and have a trap door in it unless you’re building a trap door for somebody that you want to trap. I’m going to help Kanye out with this…..to read more of this article, click here