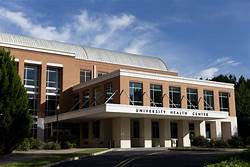 Back in the 1960s, 50 Black families were forcibly displaced from their homes in an area of Athens, Georgia, known as Linnentown. The descendants of those families are now seeking reparations and want to testify before Congress.

“All hope was lost with the family separation, loss of property, and loss of community,” Hattie Thomas Whitehead, president and community outreach coordinator for the Linnentown Project told the Atlanta Journal-Constitution. “It destroyed my family and a lot more. My parents never became homeowners again.”

At the height of the Jim Crow era, Linnentown existed as a sustainable Black community. The neighborhood included several businesses and over 60 percent of residents owned their land, Whitehead said.

But when the land was seized, Linnentown was no more. Instead, dorms were built on the land in the 1960s for the University of Georgia. Under the federal government’s urban renewal program, cities and colleges were empowered to seize property in what was called “slum clearance.” The University and the Athens city government requisitioned lots and burned homes to the ground, The Intercept reported.

The University of Georgia, often lauded as the first state-supported university in the U.S, is now embroiled in a conflict with an organization alleging the university system destroyed its community to expand the Athens campus.

More news from our partners:

8 Heartbreaking Cases Where Land Was Stolen From Black Americans Through Racism, Violence and Murder

Red Summer, 100 Years Later: When the White Mob Was Unleashed on Black America