If you have a cable TV set-top-box, you need to read this 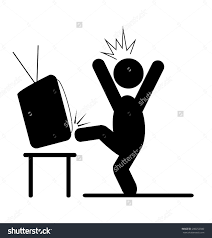 I was excited to hear about Comcast’s new app that will let you watch TV without a set-top box through a Roku. But then I heard they’re still planning to charge customers a monthly fee. What gives?

Here’s what’s happening. The Roku app will let you watch all the Comcast channels available through your set-top box on a TV that’s not connected to a big, ugly cable box. Not only are those set-top boxes unsightly and bulky but they’re also expensive. Comcast charges a $9.95 rental fee for each additional box in your home. (The first box is included with the price of your monthly service.) The Federal Communications Commission estimates this costs customers on average more than $230 a year.

The idea of being able to connect multiple TVs, like the TV you might have in your bedroom or the one in your basement, to your cable TV service without paying an additional $10 a month per box sounds like a sweet deal, right?

But not so fast. A Comcast spokesperson confirmed that the company will be charging customers an “access fee” of $7.45 for each TV using the Roku app.

What makes this fee striking is that it’s not designed to pay for any particular cost to Comcast’s business. The $9.95 fee that 99 percent of cable customers pay for set-top boxes is listed on bills as an equipment “rental fee.” Even the Cablecard fee includes a bit of hardware from the cable operator. But the Roku app is purely software. It doesn’t require a piece of equipment supplied by the cable company, nor does it require a technician to come to your home to set it up.

What’s more, Comcast already offers its TV subscribers its Xfinity TV Everywhere app at no additional cost to watch programming on mobile devices like smartphones and tablets throughout their homes. And specific cable channels like ESPN and HBO make their own Roku apps available at no additional charge to Comcast and other cable subscribers, who are already paying for these channels as part of their TV subscriptions.

So why will Comcast charge customers a fee for the app? That’s a good question. Comcast declined to answer, saying it’s still evaluating its pricing structure before it rolls out the service to all customers later this year.

But Gigi Sohn, who served as a senior adviser to former FCC Chairman Tom Wheeler, said she knows why.

“It’s gravy to them,” Sohn said. “You’re already paying handsomely for the service. And now they’re making you pay a second time.”

Sohn said this is why Wheeler, who stepped down from the FCC on January 20 when President Donald Trump was inaugurated, was pushing for new rules to open up the set-top box market to competitors. The proposal developed under Wheeler’s FCC would have required all cable operators to develop an app to provide their TV programming, but the rules would have spelled out that cable operators wouldn’t be allowed to charge customers extra to use the app.

What’s more, the rules would have required cable operators, like Comcast, to make the app available to any device platform. This would have meant that not only would the apps be available on Roku devices, they’d also be available on AppleTVs, Amazon Fire TV sticks, Google Chromecast sticks (or UIN Smart Box  our addition) and any other equipment maker’s device that wanted to include them.

Those rules got the kibosh earlier this week. New FCC Chairman Ajit Pai removed the proposed rules from a list of items to be considered by the FCC. Pai said earlier this week that the agency is still reviewing them, but given Pai’s strong feelings on the matter, experts agree the rules are likely gone for good.

Even without a mandate from the FCC, cable operators could make the Roku app free, and they could offer it on more platforms. In fairness to Comcast, it’s only beta-testing the app, so there’s a good chance the company will offer apps on other streaming devices. And since beta testers won’t be charged for using the app, there’s a chance the company could reconsider the fee.

One thing is clear, tacking on yet another fee that only seems to fatten the company’s bottom line isn’t likely to endear Comcast to customers.

Ask Maggie is an advice column that answers readers’ wireless and broadband questions. If you have a question, I’d love to hear from you. Please send me an e-mail at maggie dot reardon at cbs dot com. And please put “Ask Maggie” in the subject header. You can also follow me on Facebook on my Ask Maggie page.