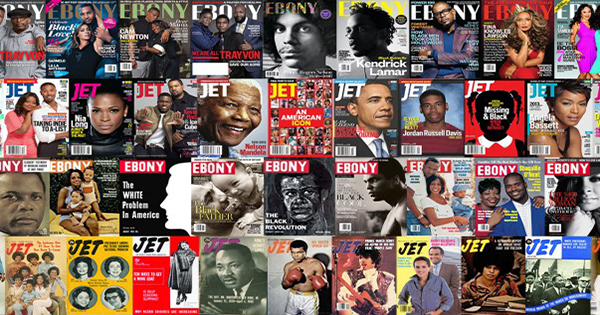 Ebony magazine and the digital version of Jet magazine, two of the most popular publications that have chronicled African-American life for the past 71 years, have both been sold to Clear View Group – a private equity firm based in Austin, Texas. The sales price was not disclosed, but Michael Gibson, chairman of Clear View Group, says the company will retain its Chicago headquarters and much of its staff.

The exact details are not clear, but after the founder, John H. Johnson, died in 2005, his daughter, Linda Johnson Rice, took over as president. Soon after, the company began to take a hit from declining circulation and low revenue generation.

In 2014, Jet discontinued in print, and shifted to a new digital approach – being only available as an e-magazine on smart phones and tablets. Ebony, however, continues to be available in both print and digitally, but is noticeably a lot thinner than it used to be.

The company’s fall has been blamed on new competition from other African-American focused publications including various web sites and blogs.

A young 24-year old John H. Johnson founded Johnson Publishing in 1942 with the launch of the first issue of a magazine called The Negro Digest. He was able to do so with some financial help from his parents and a $500 loan, and the magazine was an instant hit. It’s name was later changed to Black World, and it had a peak circulation of 100,000 – a huge accomplishment in those days for an African American entrepreneur.

It was also a stepping stone to a bigger, better, and bolder magazine that would be called Ebony magazine. What made Ebony so unique was that the articles were designed to look like those in Life or Look magazines, and emphasized the achievements of successful African Americans. It also was the first major publication for African Americans that featured photo essays about current events, and articles about race relations.

Later in 1951, Jet magazine was launched as the first ever weekly, pocket-size publication for African Americans. Both publications were very successful for more than 7 decades.

Although under new ownership, both magazines will continue to be published as usual.

Linda Johnson Rice, Johnson’s daughter and former president of Johnson Publishing, comments, “This is the next chapter in retaining the legacy that my father, John H. Johnson, built to ensure the celebration of African Americans. I am pleased to continue as Chairman of Johnson Publishing Company and serve as Chairman Emeritus and member of the board of the new African American led media entity, Ebony Media Operations.”