(note: with the nation moving more and more to digital for content delivery, broadband speeds is becoming more important.  Higher speeds are necessary for watching HD and 4K video. What is surprising is that with new technology instead of the prices for faster broadband service going up, they are actually going down.  However, some carriers count on their customers being uninformed,) 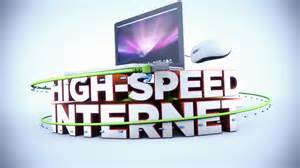 Stealth Communications, a competitive carrier providing service to businesses in New York City, offers the fastest average download speeds of the top 40 carriers in the U.S., according to new research from BroadbandNow, a company formed to fill in gaps left behind when the government cut back on funding for the interactive National Broadband Map. Stealth’s average download speed was 145.9 Mbps.

“M-Labs is one of the more trusted speed test tools,” said Jameson Zimmer, director of content for BroadbandNow, in an email to Telecompetitor.