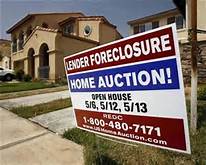 WASHINGTON — The Supreme Court ruled on Monday that Miami can sue two banks for predatory lending under the Fair Housing Act of 1968.

The case arose from the 2008 financial crisis. Miami sued Bank of America and Wells Fargo, saying that their discriminatory mortgage lending practices had led to a disproportionate number of defaults by minority home buyers and, in turn, to financial harm to the city.

Even as the majority of justices ruled that Miami was entitled to sue under the housing law, the court declined to decide whether the city had asserted a direct enough connection between the banks’ actions and the harm it claimed. The court sent the case back to the federal appeals court in Atlanta for further exploration of that question.

When the case was argued in the Supreme Court in November, it seemed headed for a 4-4 tie. But the vote on the question of whether Miami could sue under the law was 5 to 3, with Chief Justice John G. Roberts Jr. joining the court’s four-member liberal bloc to form a majority.

Miami said the banks had intentionally and disproportionately issued risky mortgages on unfavorable terms to black and Hispanic borrowers. That led, the city said, to segregation and foreclosures, hurting its property tax base and requiring it to provide additional municipal services.

A trial court dismissed the suits in 2014, saying the city had not demonstrated that its claims were covered by the housing law. The United States Court of Appeals for the 11th Circuit, in Atlanta, reversed those rulings in 2015, allowing the cases to proceed. The appeals court said it was enough for the city to contend that it had “suffered an economic injury resulting from a racially discriminatory housing policy.”

Writing for the majority on Monday, Justice Stephen G. Breyer said Congress had meant to include cities among the “aggrieved” persons who may sue under the housing law. He said a 1979 Supreme Court decision, Gladstone, Realtors v. Village of Bellwood, supported the ruling.

In that case, he said, a village had been allowed to sue on the theory that it had “lost tax revenue and had the racial balance of its community undermined by racial-steering practices.” In the Miami case, Justice Breyer wrote, the city had similarly asserted that the banks’ actions had “reduced property values, diminishing the city’s property-tax revenue and increasing demand for municipal services.” 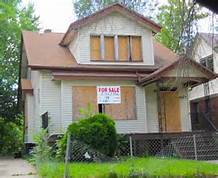 “The housing market is interconnected with economic and social life,” Justice Breyer wrote, and violations of the housing law always have ripples.

“Nothing in the statute suggests that Congress intended to provide a remedy wherever those ripples travel,” he wrote.

Instead, he said, there must be a direct relationship between the challenged conduct and the asserted injury. He left it up the appeals court to re-examine that question.

In a partial dissent, Justice Clarence Thomas said there was nothing in the housing law to suggest that “Congress was concerned about decreased property values, foreclosures and urban blight, much less about strains on municipal budgets that might follow.” 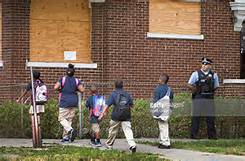 When the case was argued, some justices worried that a ruling for Miami would allow all sorts of people and entities to sue for indirect harm from discriminatory practices. Justice Kagan asked about restaurants and dry cleaners, Justice Sotomayor about corner grocers and Justice Breyer about publishers.

The majority did not directly address whether those kinds of suits were allowed under the law. Justice Thomas welcomed that aspect of the ruling, saying, “It should not be read to authorize suits by local businesses alleging the same injuries that Miami alleges here.”

Justice Thomas said the city should also lose on the question of causation. “Miami’s asserted injuries are too remote from the injurious conduct it has alleged,” he wrote.

Justices Anthony M. Kennedy and Samuel A. Alito Jr. joined the partial dissent. Justice Neil M. Gorsuch did not participate in the decision.

The court’s decision in the two consolidated cases, Bank of America v. Miami, No. 15-1111, and Wells Fargo v. Miami, No. 15-1112, was limited. But it nonetheless meant that civil rights groups had for a second time in two years avoided a complete loss in a Fair Housing Act case by a narrow margin.

In 2015, in a 5-to-4 decision, the court allowed plaintiffs in Fair Housing Act cases to use a legal theory that civil rights groups had said was a crucial tool to fight discrimination. The majority ruled that plaintiffs could use statistical evidence to prove that the challenged practice had produced a “disparate impact.”