Nancy Wilson, a genre-spanning, Grammy-winning singer whose career spanned more than 50 years, died Thursday at age 81. Her longtime manager made the news public.

Born in 1937, Wilson grew up in Ohio and began her music career shortly after high school in 1956, working for Rusty Bryant’s Carolyn Club Big Band. Moving to New York City in 1959 on the advice of Julian “Cannonball” Adderley, she began playing clubs while supporting herself as a secretary, and was signed to Capitol Records the next year.

(to hear one of her classic songs, tap here:https://socaliptv.com/#/?playlistId=0&videoId=0)

Though she started out in Jazz, she performed in multiple genres including R&B, Broadway, and pop throughout her long career and resisted categorization, preferring instead to call herself a “song stylist.” She became famous in 1962 through a collaboration with Adderley, an album called “Nancy Wilson and Cannonball Adderley” that produced the hit single “Save Your Love For Me”. 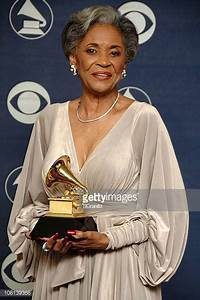 In 1964 and 1965, Wilson had four albums make Billboard’s top ten, a run that notably included her most successful hit, “(You Don’t Know) How Glad I Am,” which peaked at #11 and won Wilson her first Grammy award for best rhythm and blues recording.

Wilson made numerous television appearances throughout her career, and hosted her own series, The Nancy Wilson Show in 1967 and 1968. Other television appearances include “I Spy,” “Hawaii Five-O,” “The Sammy Davis Jr. Show,” “The Smothers Brothers Comedy Hour,” “The Cosby Show,” “The Carol Burnett Show,” and more recently, “Moesha,” and “The Parkers.” She also appeared in Robert Townsend’s 1993 film “The Meteor Man” as well as the film “The Big Score.”

Wilson retired in 2011 and according to her her manager and publicist Devra Hall, died after a long illness in her California home.

She was married twice, and had three children. She’s survived by her sonm two daughters, two sisters and five grandchildren. In a statement, her family said there would be no funeral service, but a celebration of her life would be held in February.