The Great Unwinding of Public Education: Detroit and DeVos 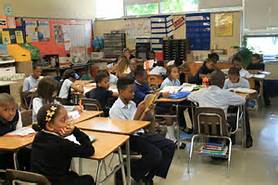 The Great Unwinding of Public Education: Detroit and DeVos

Weeds and grass overtake the run-down Campbell Elementary School, one of the many closed schools in Detroit, July 19, 2013. Betsy DeVos, Trump’s nominee for secretary of education, argued that the Detroit’s public schools should simply be shut down and the system turned over to charters. (Photo: Nathan Weber / The New York Times)

Privatization of all things public has slammed Detroit as gentrifying investors seek to put price tags on what was previously public domain. In predatory fashion, privatizers are targeting the city’s struggling students as a new frontier for profit.

How weak and vulnerable is public education in Detroit? The Nation’s Report Card, published by an independent federal commission, named Detroit Public Schools the country’s “lowest-performing urban school district” in 2009, 2011, 2013 and 2015. In 2011, a Republican state legislature and Republican Gov. Rick Snyder repealed a statewide cap on the number of Detroit charter schools. The floodgates were opened and privatizing predators rolled in.

Bankruptcy following the collapse of the jobs that fueled the “Motor City” has exposed Detroit to the dynamics described by Naomi Klein in The Shock Doctrine. A crisis, either arranged or accidental, precipitates a rush to recuperation. Lobbyists of wealthy investors petition a government that wealthy investors have put in place. A much-quoted “checks and balances” security shield for democratic governance is thus so easily disarmed.

The more startling, dire and urgent the crisis, the greater the rush to a “saving” privatization. Low reading and math scores, shared by both charter and public schools, do not as dramatically make the case that crisis exists, as does a more observable infrastructure rot and decay. When statistics do not show charter schools to be better spaces for learning than public schools, privatizers instead focus on appearances. In the case of Detroit public schools, appearance alone makes the case of crisis and failure in the eyes of parents. And, similarly, coats and ties or uniforms in classrooms shiny with new computers make the case for achievement and success.

Still, the state of physical decay of Detroit schools is alarming: “Black mold in school buildings. Classroom heating systems that fail during frigid Michigan winters. Leaky roofs, warped floors, and collapsed ceilings,” enumerates MLive.com writer Eli Savit. The crisis has, of course, been financially engineered. The collapse of physical infrastructure in Michigan schools is funded solely through property taxes, thus less revenue is garnered in Detroit, where the average home is $40,000. Meanwhile, the average home in nearby Bloomfield Hills is worth 10 times that.

Weakening public education to the point that privatization looks like rescue is accomplished by funding that is decreased when tax funds are siphoned off to for-profit charter schools. It is also inequitably allocated within the wide divide between poverty and wealth that exists in the US. When you allocate based on property ownership, you are at once solidifying the gap between rich and poor and, most grievously, extending that gap into the future.

Alongside this economic strategy, we have a deft mind game aimed at parents that pushes them toward charters “if they want the best for their kids.” This framing, however, erroneously implies that privatized schools result in a higher level of learning than public schools. In truth, these profit-seeking schools specialize in marketing and branding strategies, as well as the aura of new millennial innovation. And like a clever salesperson, they align themselves with the sacred beliefs of their customers. The issue is posed to parents as a matter of “choice.” Parents can choose to keep their kids in a failed public school, or seize the opportunity to put them in a charter school that works.

Why does it work? “School choice” is a mantra that, unlike the abortion battle, crosses party lines, welcomed by market-rule Republicans and welcomed by Democrats who have forgotten that surviving comes before choice, that the downward spiral that engulfs many is not their choice, nor is their own choosing their rescue. What you are doing when you transfer your child to a charter school — and 80 percent are for-profit in Detroit — is exercise your “freedom to choose” right. We have internalized the mantra that all human endeavors that are placed in the hands of private enterprise succeed, whereas those run by the government not only do poorly but also rob freedom-loving people in the US of their freedom. 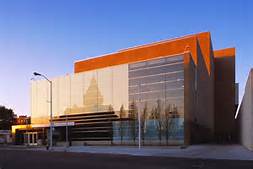 Privatization as the savior here is not a “Detroit” thing. Giving everything public over to market “forces,” i.e., market rule, is a faith spread across the whole US. And profit-making on education — like profit-making in health care, prisons and warfare — is normalized by many in society.

Once funding is shifted from public to charter schools, the remaining two goals of privatization are to stop all efforts to hold the charters accountable and to eliminate teachers’ unions. Efforts to hold the charters in Michigan accountable — charters that receive $1 billion a year in taxpayer money — failed in the Republican Michigan Legislature, lobbied by the DeVos family, the state’s prominent financial and political force. Smearing unions has not been difficult in the US since President Ronald Reagan, even in a state in which the United Auto Workers’ fight for wages initiated the growth of the middle class nationwide. Now unions are dismissed by anti-labor forces who contend that teachers’ unions do not want the best for their kids, but the best for themselves in regard to conditions of employment, such as salary, job security, vacation, hours, benefits and classroom autonomy.

This smearing of a profession that is both shabbily compensated and appreciated in the US goes by without notice, as does the undervaluation of firefighters, postal and sanitation workers, bound as they are in a salaried service to the community and not in making money through the mere possession of money itself.

The Pitch of Sweet Recuperation

What we face in Detroit, Michigan, as well as every other place with badly neglected public schools, is a pitch of sweet recuperation that an investor class and its political voices make across party lines. Saving Detroit schools by sapping public school funds and handing them over to shareholders and private equity is seen by many as a clear moral imperative that the religious right — which, in Michigan, is headquartered in mostly white Grand Rapids — considers a religious act that must be accomplished.

Michigan has its own charter school prophet, Betsy DeVos, who, like John the Baptist, has been kicked up from a local ministry to the big time. Her role in delivering public education in Michigan to the hedge fund managers by way of vouchers is noteworthy, even in a state that has wandered far from its union origins. According to The New York Times, “A 2015 federal review of charter schools in Michigan found that an ‘unreasonably high’ percentage of charter schools were considered underperforming. In 2015 Ms. DeVos and a group she backed, successfully defeated Michigan legislation that would have prevented failing charter schools from expanding or replicating.”

DeVos will run the US Department of Education, appointed by her fellow billionaire, President-elect Donald Trump. She has all the required affiliations: ties to the religious right, hedge funds and free market think-tanks; an embrace of the sacred memes of “free to choose” and “privatize;” a profit-driven missionary zeal; a powerful Michigan family’s hold on the legislature; and the gift of never having entered a public school. So successful has DeVos been in sucking funding out of public schools and passing it on to charter schools that — to repeat this mind-boggling statistic — 80 percent of the Detroit schools are now for-profit enterprises. The funding either comes from a re-routing of tax dollars from public to charter, or as government payments — vouchers — paid to parents who then pass that money to the charters.

This strategy has been successfully played by the financial sector in privatizing prisons and higher education, as we see with the Corrections Corporation of America offering 80,000 beds to fill with prisoners, and the Apollo Education Group offering more than 100 degree programs, both successful in funneling taxpayer money to Wall Street investors and shareholders. The usual beneficiaries of private equity and shareholder investment will reap profits in this relatively new frontier of public school privatization. It promises to offer a greater return on investment than private prisons, and while it won’t reach the level of return of private health insurers and the military-industrial complex’s wartime returns, it’s a new frontier that our aggressive form of capitalism, now further unleashed by Trump’s election to the presidency, cannot ignore. Though this profiteering scam has been recognized after a long while, the prospects for a revival and even greater success in the future is probable under a Trump presidency.

Betsy DeVos is now positioned to do to the entire US public school system what she has done to Detroit.

Educating Toward a Political Literacy

Unless we deconstruct the narrative that privatized schools somehow have uncovered the secret to how humans learn and have a monopoly on the most effective ways to implement that knowledge, we are allowing false assertions to stand. Believing the marketing line that charter schools challenge the public schools to do better is like believing that parasitic fungal spores will make wheat and oak trees stronger. 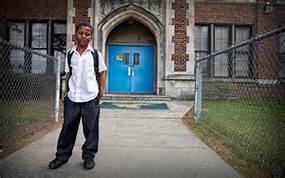 Nevertheless, getting rid of a parasite feeding on a troubled plant does not cure that plant. Its ailments must still be addressed, but our plants, our public schools, will no longer die of parasitic drainage of their inner vitality.

In September 2016 a class action lawsuit was filed against the governor of Michigan, eight members of the Michigan State Board of Education and three other education officials. In November, a dismissal motion was filed and is under review. As reported in Literacy Daily, “The plaintiffs in the class action lawsuit, five students from the lowest performing public schools in Detroit, MI, allege they have been denied access to literacy by being deprived of evidence-based instruction and being subject to school conditions that prevent learning in violation of their rights under the 14th Amendment to the U.S. Constitution and Title VI of the Civil Rights Act of 1964.”

In a Supreme Court decision in 1973, education was not deemed a fundamental right, but it was recognized as important in the exercise of the constitutional rights of expression and political participation necessary for US democracy. A basic, minimal education was therefore required, and thus “heightened scrutiny,” or federal intrusion in local education, might be forthcoming if such basic education were proven to be denied by local and state government.

We can expect that Secretary of Education Betsy DeVos will be a lightning rod for many plaintiff actions against a sure-to-come attempt to privatize for profit the 91 percent of schools in the country that are publicly supported and managed.

There is no clearer example of a woeful failure, an educational failure, in understanding what our liberal democracy is than the election of Donald Trump to the presidency. President Trump promises to be a learning experience for the entire country, one we all hope to survive.

What we can glean from this rapid descent into the maelstrom is that there are 62,686,000 American voters who have either unknowingly put their constitutional rights in the hands of a man who affirms allegiance to Article XII of the Constitution, which does not exist, or have knowingly opted for the rule of a self-serving billionaire who has us all staring into a dark abyss.

Copyright, Truthout. May not be reprinted without permission.