Cable cord cutters say they are happy with move 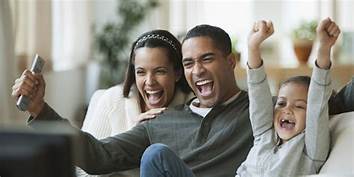 Cord cutters say they are saving an average of $115 per month, according to a new survey, which also found that within five years more than half of current cable customers doubt they’ll still subscribe to traditional pay TV.

At a time when pay-TV subscribers are eroding, the poll, conducted by personal finance website LendEdu, indicates things may not be getting any easier for the traditional TV business.

The survey puts the average cost of traditional pay TV services at $116.93 per month.

A smaller number of cord cutters, 4%, said the resented the “greed” of cable companies.

The vast majority of cord cutters, 71.6% said they used streaming services before dropping cable. The average cord cutter in the survey had 2.77 streaming subscriptions before cancelling traditional pay TV.

The cord cutters said they paid $33.74 per month on streaming before cutting the cord.

After cutting the cord, they spent $35.33 on streaming services.

On top of that, 34.4% of cord cutter said the also used online subscriptions that weren’t there’s and that they didn’t pay for. That password sharing was saving them about $51.38 per month.

Only 52.13% of cable subscribers said they used cable more than streaming services.

When asked if they would consider cutting the cord, 65% said yes, with most of them saying they would be driven to that by increases in the price of cable subscriptions.

The poll was conducted online for LendEdu by Pollfish, which surveyed 500 cord cutter and 500 cable subscribers. The pols were taken over four days beginning Dec. 28, 2017.