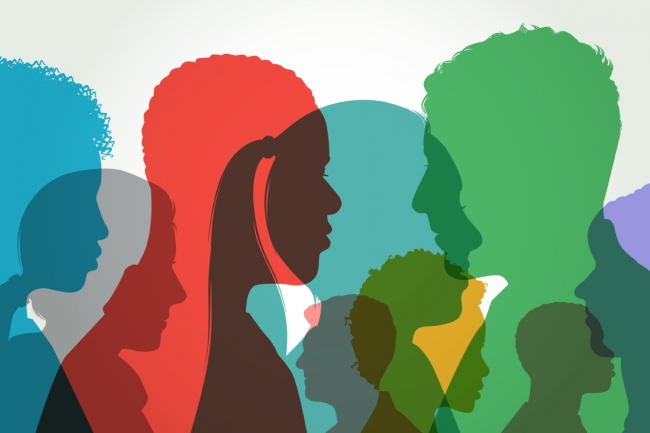 The organized struggle between people based on the color of their skin
began with the introduction of race by European invaders in Africa, and
other parts of the world, including the West Indies. The idea of a “people of
color” originates from the revolutionary Chinese leader Mao Tse Tung who
sought to create a new China void of western capitalist values. The term he
introduced in 1974 to identify global freedom struggles was Third World and
consisted of Black, Red, Yellow and Brown peoples. It was part of a
revolutionary spirit embraced by the Black and radical movements that
sought to end racism and/or capitalism.

This spirit among third world advocates wes one of revolution that aimed to
bring about systematic change far beyond socially retractable reform
legislation that ultimately surfaced in the 1970’s and 1980’s, such as busing
and affirmative action. The radical struggles centered on the denied human
and civil rights of U.S. citizens under the system of white supremacy and
capitalism. However, in 2020 there are clear ideological differences between
the political and social goals among those who in the 1970’s would have
identified with the term “third world”, and those today described today as
“people of color”. For example, the Farm workers labor movement led by
Cesar Chavez, specifically fought for the labor rights of Mexican Americans
or Chicanos. He recognized the difference in interest, goals and civil
allegiance between people who embraced America as primarily a vehicle for
freedom, and those who experienced it as a vehicle for insurmountably
human oppression regardless of their commitment and contribution to the
nation. Under the current state of affairs, the term “people of color” has become an
artificial term to suggest unification based on color among groups who in
2020 have little in common with the Black community. Much like the
uniqueness of the Chicano Labor struggle recognized by Chavez in
comparison to the struggle of non-American workers.

Additionally, the term
is racially misleading. For example, in relation to the non-Black immigration
movement, if one views racial demographics in Mexico, Cuba, El Salvador,
China and India, for example, a dividing color distinction exist between
Black and white.

Those that are afforded the label “brown or yellow” in the
United States would often be considered white or of European ancestry in
their home countries, and granted greater racial privileged similar to those of
European descent in America. In the United States, however, due to the racial
struggles among African Americans under the system of white supremacy, it
is unfortunately possible for buffer groups that fall under the old definition
of “brown” and “yellow”, intentionally or not, to gain more substantive
rights and opportunities than African Americans due to their higher
elevation on the racial scale.

Essentially, the new state of racial affairs requires a greater level of
sophistication that extends beyond antiquated political relationships. The
racial groups that comprise the United States continue to make advances for
their communities often on the backs of African Americans. Dehumanization
is often disguised as racial guilt imposed on the spirit of the Black
community should they acknowledge and act on their own behalf outside
the “people of color” deception. African Americans are the only group facing
genocide within the borders of the United State, yet they are asked to smile
and accept this plight as a “person of color”.
Political sophistication requires African Americans to expand beyond their
misguided priorities to be accepted by people who use their legacy and
ongoing struggles to advance, and by those who impose a litmus test on the
Black community that can only be satisfied by underwriting their own
humanity on behalf of so-called allies. African Americans are an ancient,
heroic people who are the foundation of the economic, social and political
freedom, many Americans and immigrants alike, enjoy within the borders of
the United States. The past, present and future struggles of Black people in
America that have persisted for over 400 years is at risk of being sidelined,
minimized and displaced via a dehumanized transition from relevancy to an
irrelevant people under the artificially inclusive term “people of color.”